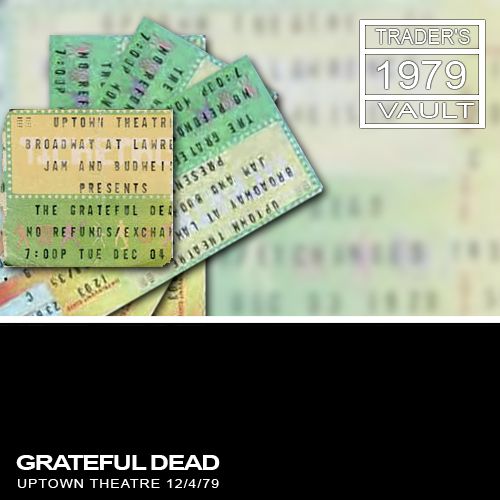 If converted to wav during processing, all tags will be

Reviewer: mcgrupp216 - favoritefavoritefavoritefavorite - May 14, 2018
Subject: Dec79- Uptown n2
Not sure what the discussion is about the missing x-factor, this show is great-- as is this run. Solid J-Straw opener, the mid first set Minglewood is hot, as is the Passenger->Deal closer. Another long second set- clocking in at over 100 minutes. Phil is bouncy in the strong china-rider opener, especially near the transition. The rest of the set is solid, too. Long, jammy, and near the end of Tower, really epitomizing that early Brent-era sound. Good Stella out of NFA.
Reviewer: njpg - favoritefavoritefavorite - February 27, 2018
Subject: -
I agree, the X factor is absent, which leaves us only the quality of the playing, which is nothing special in this show. Even the unusual Estimated/Franklin’s transition feels forced, and although the jam out of Franklin’s is nicely groovey, there are no real instrumental highlights that really stick out.
Reviewer: lilrichwhiteboy - favoritefavoritefavoritefavorite - December 31, 2016
Subject: Nice 2nd Set. Beautiful Matrix.
Of all the uploads of this show, this is the one to have. Dave has mixed another D.Ussey with everything sounding just exactly perfect. Well, almost anyway. Along with the nicely softened room ambiance and instrumental clarity this matrix delivers, I've added a little extra Soundforge reverb for my own listening pleasure to further soften up Bobby's and Jerry's up-front, sterile SBD vocals. But other than that, portions of the 1st and most of the second sets are definitely two for the collection. And that's simply because of the wonderful quality of this matrix.

Personally, I think this is five stars for sound (with my added reverb tweak). So I'm upping this evening to 4 stars (like I hoped I could) for an average 1st Set, of which I plucked a few choice songs, and an above average 2nd Set with a very strong and rather unusual pre-drums Estimated > Franklin's > Jam and a good NFA. It's nice to have Jerry's voice back to a "relatively" decent and tolerable singing strength after ten months of laryngitis horror. But with 'ol Jer still struggling a bit on his songs (especially Stella) and with a perfunctory Sugar Mag closer, the overall "X" Factor was AWOL (probably toking and stoned in the dressing room). The outro crowd love and adulation after Sugar Mag, running into U.S. Blues, is truly infectious -- which is why I love AUDs so much!

Bravo Mr. Usborne for a beautiful job. It's really amazing how dramatic the listenability of an average or slightly above average show can change to a collectible one with a well produced mix of SBD and AUD. Together, it improves this evening's offering 100%. Or better put, it's something how 1+1 can equal 3. Thanks again.